I am woefully behind in posting…and I have yet to get the link to children’s audios but will do so soon!  Many of these are linked to Indiebound…please support me and them and buy an audio from these links!

“Have you read any good books this year, heard any good audios?”

This is what I ask my friends when I began to explore audiobooks for adult listeners for my annual Wilde Awards.

And there were so many!

My standards? In brief, an engaging story, a narrator who adds to the experience, and a dynamic combination of both that makes a memorable listen.

But I was able to narrow down my list to this sampling of best audios I heard last year. With many of them still getting buzz, consider adding them to your audiobook player, or wherever you listen to audiobooks.

Powerful narrations by Eisa Davis and Sean Crisden portray the dramatic life situations and responses of three protagonists. Davis gives the view of Celestial, a creative, emotional, independent woman who is strongly willful and passionate about her husband. Crisden primarily portrays Roy, Celestial’s husband, who, after just one year of their marriage is unjustly accused of rape and sentenced to 12 years in prison. Anger, resentment, regrets, confusion, hurt and gratitude form a potent emotional mix. Those become even more complex when he’s released after five years. The book was chosen by Oprah Winfrey as the first member of her 2018 book club, and it’s been getting acclaim ever since. 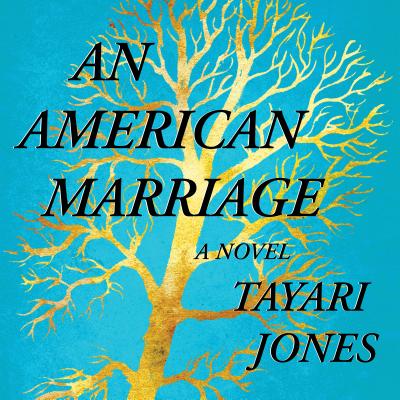 Unlike most tell-all biographies, you’ll find honesty and evenness in the former first lady’s text and reading. Obama writes of all phases of her becoming — from her mother’s support in elementary school, the understanding of racial divides in college, melding her “checking-the-boxes” attitude with her husband’s messy, time-disordered, visionary way of life, and maintaining balance as FLOTUS. Each phase is marked with candor, warmth and wit.

Nora Krug’s narration adds to the graphic novel in which she recounted her journey to understand belonging. “How do you know who you are, when you don’t understand where you come from?” she asks. Though Krug recognizes that for Germans, “history was in our blood and shame in our genes,” she courageously embarks on piecing together her heritage — exploring historical records, interviewing family members and others to discover her family’s involvement with the Nazis. Her German accent increases authenticity and her tone generally neutral tone serves as a counterpoint when her emotions emerge. Her curiosity, frustration, guilt, determination and self-discovery involve listeners in her poignant quest. 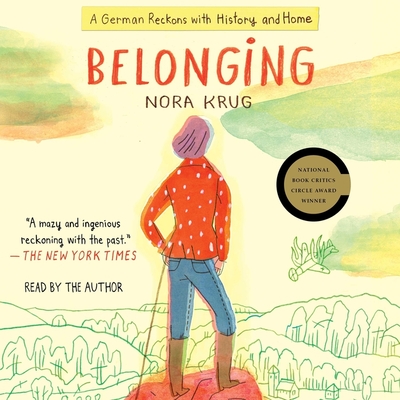 Perdita Weeks brings about the enchanted merger of classic and contemporary in the tale of the mythic sorceress, Circe. She captures the lyrical voice of the author, parsing her words to evoke the emotions and world of the daughter of Helios, the Greek sun god, and his wife, Perse, until listeners are caught in the story’s spell. Circe suffers taunts from her siblings about her weak powers, ugly voice and appearance, most confirmed by her unfeeling hurtful parents and the other gods. Weeks fully embodies Circe, recording the small moments of her child-like sensitivity and kindness, her awe of other gods, her lonely expulsion that grows her power and strength and brings her in contact with the likes of the Minotaur, Daedalus, Medea and Odysseus.

Westover’s memoir celebrates her resilience and desire to learn. Earlier this year I wrote the following: The uncommon combination of distance and subdued emotion of both writer and reader gives listeners an unusual experiential vantage point. It is the listener who feels gut-wrenched at painful moments and soaring hope in brighter times.

Susan Orlean leads listeners on an amazing journey, with her engaging detours and strong central subject, this time about the 1986 fire at the Los Angeles’ Central Library. Orlean, always an incredible researcher, must have had a wonderful time. She delves into so many subjects – how librarians load books, their caring for patrons way beyond their genre choices, ensuring immigrants needs are met and interviewing the family of the mysterious Harry Peak, the arson suspect, and her own history with libraries and books. Her writing is so witty, surprising, it’s obvious why she’d want to read this book. The good news is her writing will convey listeners when her delivery lets them down. 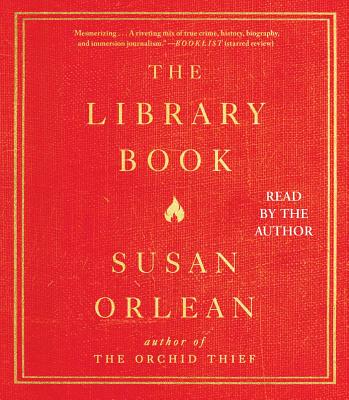 ▪ “To Die But Once,” by Jacqueline Winspear; read by Orlagh Cassidy (Harper Audio)

Over the years, my interest in mysteries has waned, with the exception of the marvelous trio of character Maisie Dobbs, writer Jacqueline Winspear and narrator Orlagh Cassidy. In this 14th Maisie Dobbs mystery, Cassidy expresses a wide range of emotions and a rich variety of accents, and Winspear’s writing stays fresh as she moves Maisie through time and to deepening understanding. In the latest, the English psychologist-sleuth is investigating in 1940’s Britain, giving a personal view of the horrors of Dunkirk, secret British contracts related to the war effort and finally, the adoption of an orphaned evacuee child who needs a mother as much as Maisie needs her. As usual, these plot points hit veins related to today’s world. 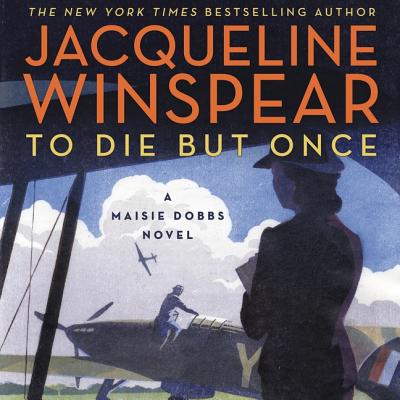 Fenalla Woolgar reads the elegantly written narrative of Juliet Armstrong. The story follows her through different periods of the 20th century, beginning with her innocent agreement, at 18, to transcribe conversations between MI5 agents and those sympathetic to the Nazi cause. During the 1940s, Woolgar registers Julia’s occasional surprise at actions around her, and more often boredom at having to share biscuits and tea with potential traitors. It’s not until later sections from the 1950s and 1970s that Woolgar reveals the complexities of both character and situations with a shift in tone that is reflective and by turns saddened and depressed, mirroring the deaths, decisions and tragedies from the past. 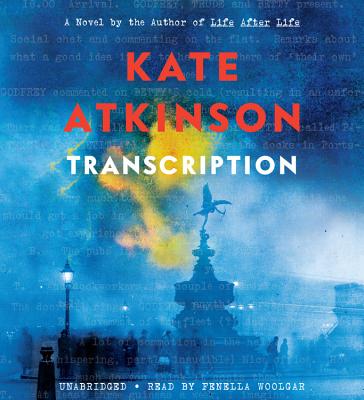 ▪ “The Trauma Cleaner: One Woman’s Extraordinary Life in the Business of Death, Decay and Disaster,” Sarah Krasnostein, read by Rachael Tidd (Blackstone)

Rachael Tidd’s distinctive crisp Australian accent lends a tidy feel that’s needed for this story, which delves into the work of Sandra Pankhurst, who fixes up homes of hoarders and murder scenes. Tidd’s reading is soft as it follows the author’s well-balanced story, merging strains of Pankhurst’s cleanups with her tragic story of growing as a transgender youth and adopted into an abusive home where she is denied entry and food. Prostitution, drugs, directing a funeral home, marrying into wealth, having a sex change and facing a terminal condition are Pankhurt’s paths to normalcy. Warning: This is a tough, though amazing listen. 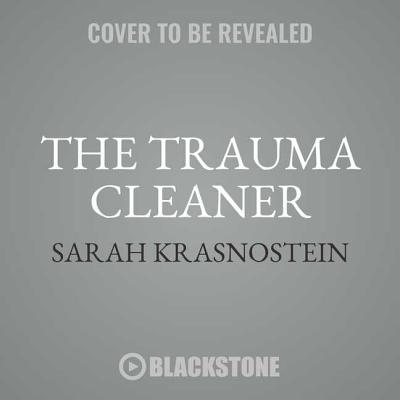 Tonya Cornelisse’s raspy voice is a perfect fit for the wry witty first-person narration of Eleanor Roosevelt’s best friend Lorena Hickock and for the tone of Bloom’s novel. “Hick,” sarcastically referred to as the “First Friend,” is a self-proclaimed over-drinker, heavy-smoker as well as a courageous journalist. In fluid, yet clearly-defined periods of time, Hick reveals her childhood rape to falling in love with Eleanor. 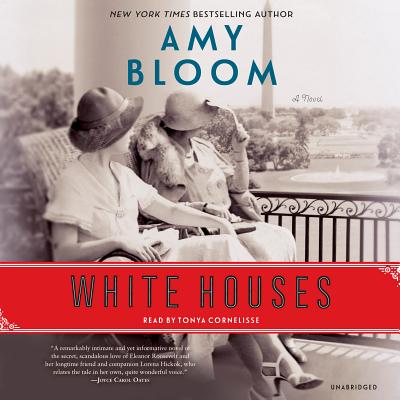