I last spoke to Kwame Alexander in 2014, months before his book “The Crossover,” won the prestigious Newbery Award for his contributions to children’s literature.

The novel from this African-American writer merged sports and poetry, uniquely telling the emotional story of two basketball-loving teenage twin boys. His literary voice, and our conversation, gave me hope for change in the world of children’s literature.

Now I find myself reflecting on those changes and the influence Alexander has had.

The year “The Crossover” was published, the number of diverse children’s books began to increase — those written by and/or about people of color, this according to the Cooperative Children’s Book Center at the University of Wisconsin-Madison, an organization that has been collecting statistics about diverse books since 1985.

Two years later, Lee & Low Books, a minority-owned publishing company that specializes in multicultural children’s books, analyzed the data. It found the increase in diverse books jumped to a record 28 percent. They also noted there is still plenty of room to grow. While authors of color made a major showing in the yearly children’s books awards in 2016, just 6 percent of black, Latinx and Native American authors combined wrote new children’s books.

Meanwhile, Alexander has been a steady literary force and is doing what he can to keep the momentum going.

His newest book, “Rebound” (Houghton Mifflin, ages 9 and up), is a prequel to “The Crossover,” and he’s in the midst of a book tour that will bring him to Raleigh’s Quail Ridge Books April 26.

The imprints reflect the industry shifts Alexander has seen in the years since “Crossover” was published.

For years, Alexander said he saw that the publishing industry had an assumption and expectation that “if you’re black, you’re supposed to write things that people outside of black culture think are black.”

“I think people in publishing are starting to get that blackness is no different than whiteness,” he said in a recent phone interview, “in the sense that we, and I know this sounds cliché, but we are all human.”

In 2014, the grassroots organization called We Need Diverse Books was founded to foster the growth of books featuring diverse characters. The next year saw the birth of #ownvoices, focusing on “diverse characters written by authors from that diverse group.” And there are more diversity publishers, like the ever-growing Lee & Low.

The way those books are sold has changed, too.

Alexander said publishers now realize the importance of “getting people in front of faces, that interacting is important to librarians, teachers and educators who are the primary supporters of kid lit.”

He’s a big believer in authors reaching out to children. At his “literary pep rallies,” he shares his passion for poetry, books, and helps kids “crossover into an appreciation of language and literature.”

As part of his outreach, he’s traveling to 21 cities to speak about “Rebound” in a bus with bedrooms, bathrooms, kitchen and more.

“Rebound” uses free verse, strong lyrical imagery and powerful symbols to tell the story of Chuck “Da Man” Bell, the father of the twins featured in “The Crossover.” The character is inspired by Alexander’s own experiences.

“The coolest time, the one most full of adventures, was when I was in my tweens during the 1980’s,” he said.

Alexander wrote it after hearing children’s requests “thousands of times.”

“I tried to do some things in this book where you could get some closure from ‘Crossover’ because that was one of the reasons kids wanted a sequel. Now I’m not getting any more ‘Can you write another one?’ requests, so I feel like people are satisfied.”

As for Versify, Alexander wants to give all writers “an opportunity to write the things that matter without the prejudices, stereotypes and the notions that have limited us for so long.”

“I want to publish good books,” he said. “It doesn’t matter who the writer is, what the writer is writing about. If the books are good, they’re ultimately going to inspire, entertain and empower readers and young people. Then I’m down for it.”

Details
Kwame Alexander will bring his “Rebound” bus April 26 at 5 p.m. to Quail Ridge Books, 4209-100 Lassiter Mill Road, Raleigh, in North Hills. The book is recommended for children 9 and older.

Here are some books that feature characters of color and celebrate universal values through individual experiences. For more recommendations, contact Susie Wilde through her website ignitingwriting.com.

▪ “Alma and How She Got Her Name,” Juana Martinez-Neal (Candlewick, ages 3-7). There’s a reason for Alma Sofia Espernza José Pura Candea’s long name, and her father has a lyrical way of explaining her names’ familial significance.

▪ “A Different Pond,” Bao Phi (Capstone, ages 5-8). Strong sensory images relate the story of a young boy’s early morning fishing adventure of his father, which provides an opportunity to learn of his elder’s life in Vietnam.

▪ “El Chupacabras,” Adam Rubin (Penguin, ages 5-7). The retelling of a LatinX legend with lots of humor and magic is a unique bilingual book that switches from English to Spanish within sentences.

▪ “IslandBorn,” Junot Diaz (Dial, ages 5-8). The adult author makes a stunning debut in children’s books as he describes Lola’s urban world and “the Island” her family left when she was just a baby. There are lyrical sensory images of an island with “more music than the air, fruit that makes you cry, beach poems and a hurricane like a wolf.”

▪ “Julian is a Mermaid,” Jessica Love (Candlewick, ages 4-8). A young boy wants to become a mermaid. Will his grandmother accept his wish? She goes beyond acceptance, taking him to the Mermaid Parade on Coney Island. Lovely fantastical illustrations in a tale that’s gender fluid and LatinX in feel.

▪ “Mommy’s Khimar,” Jamilah Thompkins-Bigelow (Salaam Reads, ages 3-6). A lyrical and positive about a young girl who is transported into different fantasies when she wears her mother’s khimar.

▪ “Between the Lines: How Ernie Barnes Went from the Football Field to the Art Gallery,” Sandra Neil Wallace (Simon and Schuster, ages 7 and up)

▪ “Hidden Figures: The True Story of Four Black Women and the Space Race,” Margot Lee Shetterly (HarperCollins, ages 6 and up)

▪ “Write to Me: Letters from Japanese American Children to the Librarian They Left Behind,” Cynthia Grady (Charlesbridge, ages 8 and up)

Books that feature characters of color

▪ “Harriet Gets Carried Away,” Jessie Sima (Simon and Schuster, ages 4-6) 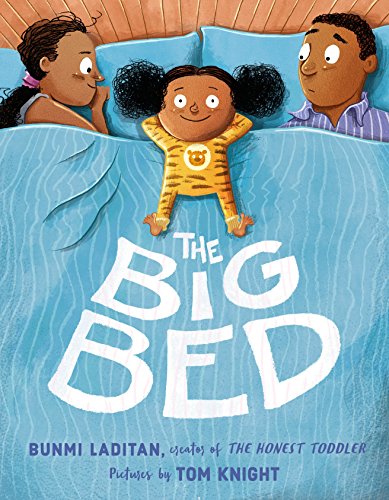