The book marketplace is exploding with graphic novels, a catch-all term for books with amazing illustrations and often more pictures than text.They’re not comic books, though the words and images are contained in panels, much like the comic books of old.

They’re also not just for kids. New York Times best-selling author Jarrett J. Krosoczka wrote his memoir in the only way he knew how — through illustrations. His “Hey, Kiddo,” written about growing up with his mother’s drug addiction, was named a finalist for the YA National Book Award the day after it was published earlier this month.

And this week, a graphic version of the classic “To Kill a Mockingbird” will be published, with Harper Lee’s words adapted and illustrated by British artist Fred Fordham.

In other words, graphic novels are expanding in expression, subject and form. With so much innovation, I’ve been taking a second look at them, examining new books to better understand the genre.

I think of the child I knew who was not an impassioned reader until he discovered graphic novels. He consumed them until he was told by his teacher that this genre didn’t count for assignments. Attention teachers and parents: know that graphic novels are real reading.

Graphic novels provide visually rich literary adventures, requiring the reader’s skill of blending image and text. They have captured many young people who were previously non-readers.

Here’s a look at some frequently asked questions about graphic novels, and some of my recent favorites.

Who are graphic novels for?

One of the wonders of this genre of is how it reaches young children, young adults and adults. Graphic novels come in fiction and non-fiction, retellings, memoir and more. Some tones are slapstick while others are serious. The range and experience is wide and wonderful. These two titles show the range of reading levels they can reach. 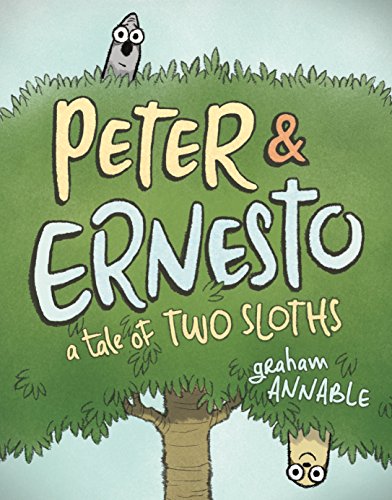 ▪ “Peter & Ernesto: A Tale of Two Sloths,” by Graham Annable (First Second, ages 5-8) is for younger readers. This early graphic novel follows the friendship of two very different sloths. When they watch clouds together, Ernesto “likes this piece of sky” but “wants to see ALL of the sky!” He takes on travel challenges with aplomb, but misses Peter. Peter misses his best friend Ernesto and is desperate to reunite, but he approaches travel with nerves aplenty. Missing each other, the two have their own adventures until they reconnect, and celebrate their differences and their friendship. Both words and pictures are simple, and together they work well for an early reader. This graphic novel can serve as a dramatic vehicle for shared reading when adults and children take on the different roles.

▪ “Photographic: The Life of Graciela Iturbide,” by Isabel Quintero (The Paul Getty Museum, ages 12 to adult). This non-linear biography of the famous Mexican photographer Graciela Iturbide blends Quintero’s lyrical writing, Zeke Pena’s gray-scale illustrations and Iturbide’s own photographs. Together, these portray important events in her life and her gift for creating vivid reality-bending images of life around her. Mixed media and combinations of unique styles honor the photographer with surprising twists on a traditional biography. It captures Iturbide’s views of the world, art, richness of Mexico’s indigenous peoples and the landscapes that nurtured the artist and her work.

What is a graphic novel?

▪ “Baby Monkey Private Eye,”by Brian Selznick (Scholastic, ages 4-8). This 200-page book weds words and illustrations, humor and simplicity in a book for new readers who seek the accomplishment of finishing a longer book. Five chapters follow a simian sleuth as he takes a similar path to solving each of his cases. The emphasis is more on process than solution, specifically the silly ways he puts on his pants. Pages are filled with parent-pleasing references (all revealed in the index). Predictable patterns support new readers, and there’s a pitch-perfect twist at the end. 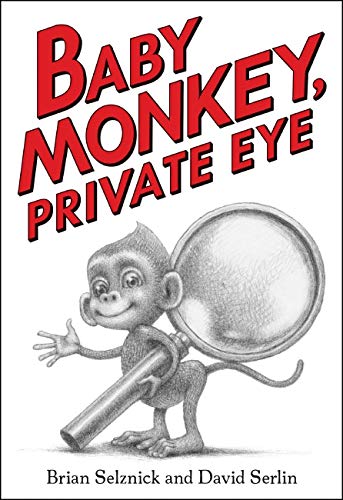 ▪ “Smiley’s Dream Book,” by Jeff Smith (Graphix, ages 3-6). Unlike “Baby Monkey,” this is composed with graphic novel conventions of panels and dialogue balloons. For almost three decades, Smith has been publishing graphic novels. His popular “Bone” series was first created for adults, but newer incarnations have been for 7- to 10-year-olds. There’s a new spin-off for younger audiences starring Bone’s cousin, Smiley Bone, whose first picture book in the series is “Smiley’s Dream Book.” This fantastical book shows Smiley’s vivid imagination. His attention is caught in counting brightly colored birds. He rises, flies along with them happily until being frightened by a bird of prey. And then he wakes from this dream. 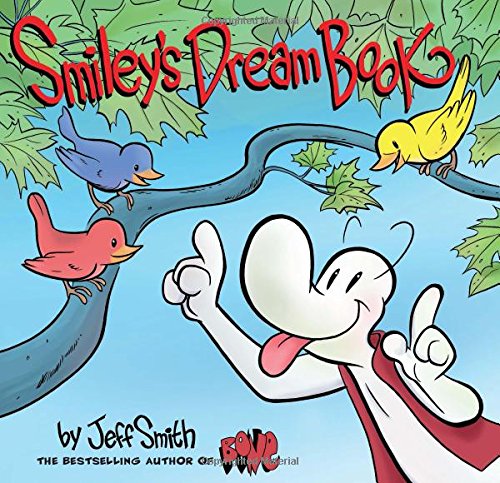 How do I choose an age appropriate graphic novel?

Graphic novels are accessible to even advanced young readers. However, the content is less easy to define in terms of appropriate age levels. I suggest parents read the books first. Know that more sophisticated concepts will not harm children, but may go right over the heads of those who aren’t developmentally ready for them. That said, adults should decided what content they’re comfortable having their children read, particularly with serious issues like gun violence.

▪ “The Prince and the Dressmaker,” by Jen Wang (First Second, ages 10-14). Hard-working seamstress Frances has dreams of working on costuming for the Paris Ballet, but how will her talents ever be discovered? The path unfolds — in a series of frames that are dark with muted colors — when a mysterious stranger transports her blindfolded to a palatial home. But when the seamstress learns this homebelongs to Prince Sebastian, her creative journey begins, and the book’s tone changes, too. The graphic format and color choices add humor to the plot and accent the romantic setting world where Frances’ vivid gowns find fame. Children will understand this book and the expressive characters in different ways. It’s a story of friendship, prejudice, self-expression, self-acceptance and making dreams come true. Inherent, but less stressed, are themes of gender and sexual identity. 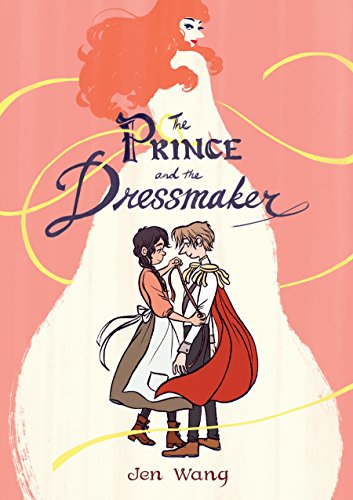 ▪ “The Cardboard Kingdom,”by Chad Sell (Knopf; ages 6-10). The characters of this graphic novel are diverse in color, gender preference and roles, class and culture. The beauty of this book is that none of these facets are emphasized. Stress is on the individual powerful choices that a crew of neighborhood children make when designing cardboard costumes that fit their inner characters. Jack is happy in his evil sorceress gown. Sophie is only temporarily stopped by her Latina grandmother before she allows herself the pleasure of transforming into “Big Banshee.” Diversity shows up too, in the ways these children interact. As colorful illustrations switch between their fantastical imaginings and reality, plot lines grow and tangle and teach without preaching the complexities of life. 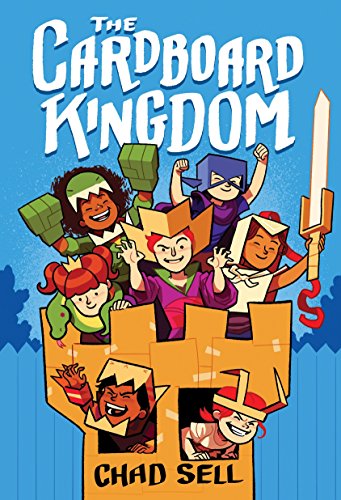 Here are other suggestions for new graphic novels, comics or hybrids in fiction and nonfiction.

▪ “Tom’s Midnight Garden: A Graphic Adaptation of the Philippa Pearce Classic,” by Philippa Pearce and Edith (Greenwillow). Color changes reflect Tom’s world transformation from dull to magical when he discovers an enchanted garden and a sweet friendship with a girl from the past.

▪ “The Witch Boy,” by Molly Ostertag (Graphix, Scholastic). Aster, a young man who is supposed to be a shapeshifter, is more drawn to witchcraft. Gender roles, prejudice and self-discovery are defined with clear panels, subtle hues, emotive expressions and well-chosen typefaces.

▪ “All’s Faire in Middle School,” by Victoria Jamieson (Dial). The author of “Roller Girl” views Imogene’s entry into middle school and how she juggles this new identity with her Renaissance Faire persona.

▪ “Be Prepared,” by Vera Brosgol (First Second). The award-winning graphic novelist pens a story based on her pre-teen experiences at a Russian-American summer camp. Brosgol places a cartoonish version of herself in a realistic setting in a way that emphasizes humor and heart.

▪ “Making Friends,” by Kristen Gudsnuk (Scholastic). In this new series, the author-artist depicts friendship’s ups and downs with the intriguing element of a magic sketch book.

▪ “Scarlett Hart Monster Hunter,” by Marcus Sedgwick (First Second). Twists and turns abound as this strong, orphaned, monster-fighting heroine struggles to save her city in this series start.

Graphic novels for YA readers

▪ “All Summmer Long,” by Hope Larson (FSG). Bina and Austin, best friends since babyhood, face changes as they grow up. Musical themes and expressive panels mark their coming of age.

▪ “Brazen: Rebel Ladies Who Rocked the World,” by Penelope Bagieu (First Second, ages 13 and up). These 29 biographies fromthe French cartoonist have a cumulative power that transcends boundaries of time, race, region and race.