Easter is definitely the time for rabbit-y children’s books, but this season it’s a bunny beat bunny world.

Politics have entered the children’s book ring, and there are two titles facing off.

The first is “Marlon Bundo’s A Day in the Life of the Vice President,” written by Mike Pence’s daughter, Charlotte and illustrated by his wife, Karen (Regenery Publishing). They offer the family pet’s perspective of what his human owner does every day. 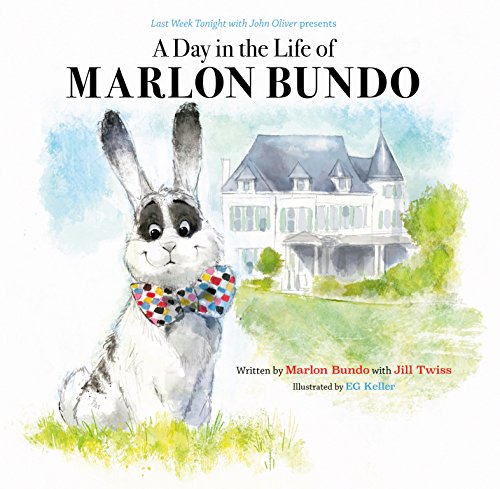 The second is a parody titled “A Day in the Life of Marlon Bundo” (Chronicle Press) that’s produced by the crew of John Oliver’s HBO show, “Last Week Tonight.” It’s written by Jill Twiss and illustrated by EG Keller and also focuses on the family pet, but recounts how he falls in love with another bunny, Wesley.

Both star Marlon, the BOTUS (Bunny of the United States) and are written by famous people.

Each jumped right into the single digits of the Amazon Best-Sellers list after they were published last week. The Pence version rose to No. 4 while the parody sits at the No. 1 spot, topping Former FBI director James Comey’s new memoir.

Karen Pence shows her skill at realistic watercolors and captures the cuteness factor of the real BOTUS, who commands nearly 31,300 Instagram followers. She gives the book a tone similar to classics like “The Velveteen Rabbit,” a good match for a book about traditions.

The book fails when it comes to the text, though. Charlotte Pence, a recent graduate in English and film, shows aptitude for dramatic tension or writing. She makes the mistake of many celebrities penning children’s book in a verse. Her stanzas miss in rhythms, rhymes and meter. Neither does she fulfill the expectations I had about learning of the job of vice president, for one learns little about that role.

Meanwhile, Keller’s illustrations are much more comedic and colorful. His details are playful and give a strong sense of motion, which works well for the two rabbit heroes who never want to hop without each other.

Twiss, an actor and staff writer on “Last Week Tonight with John Oliver,” understands how to tell a simple story with comic touches and pacing, creating a parody that children might actually enjoy. Her book is heavy-handed, which isn’t all bad. There aren’t many picture books that speak directly about same-sex marriage.

While the book has an obvious purpose (besides poking fun of the vice president), Twiss wisely expands the issue into a theme of differences. A badger is different because he eats his sandwiches crust first; a hedgehog reads books back to front to make sure they’re not too sad; and a dog sniffs butts, but doesn’t know why.

In terms of succeeding, there’s the audio version of the Twiss book (from Audible). It is expertly narrated by the talented team of Jim Parsons, Jesse Tyler Ferguson, Jeff Garlin, Ellie Kemper, John Lithgow, Jack McBrayer and RuPaul. All proceeds from the “Last Week Tonight” book will go to the Trevor Project and AIDS United.